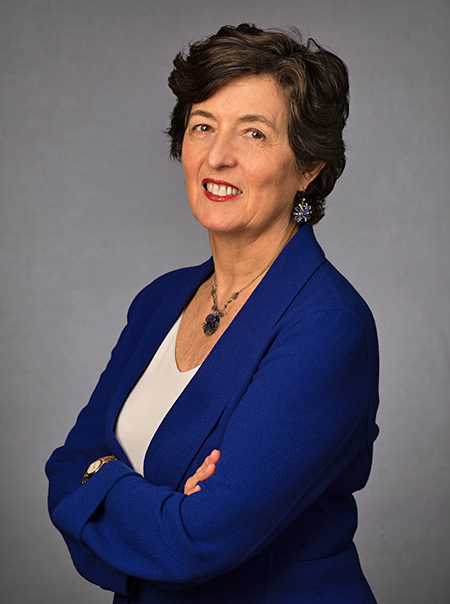 Nicola Partridge, PhD, professor of molecular pathobiology at NYU College of Dentistry, has received a $2 million, five-year grant from the National Institute of Diabetes and Digestive and Kidney Diseases (NIDDK), part of the National Institutes of Health. The grant (R01DK047420) will continue to support her research on parathyroid hormone (PTH), which has been continuously funded by NIDDK since 1994.

Partridge, an expert in molecular endocrinology and bone and mineral research, studies the role and action of PTH in bone and mineralized tissue. PTH is an essential regulator of calcium levels, but too much of the hormone or genetic diseases that act like PTH can cause major bone loss and turnover with drastic effects.

“The results of our research will bring us closer to developing treatments for disorders of calcium metabolism and other bone and skeletal disorders,” said Partridge. “We are pleased to be able to continue this NIH-funded work for another five years, bringing us to 31 years of continuous funding.”

Partridge’s current research investigates how PTH interacts with bone-forming cells called osteoblasts and transmits signals to the cells’ DNA to regulate the expression of a gene called RANKL. This gene is involved in the activation of osteoclasts, another type of bone cell that breaks down bone tissue.

Partridge’s team’s work in the last cycle of this grant revealed the factors involved in the pathway for PTH stimulating RANKL expression in osteoblasts. Based on these findings, the researchers have developed a hypothesis on how PTH controls the regulation of these factors and their function in the skeleton through the pathway they identified; with the latest NIDDK funding, the researchers will test their hypothesis.

“This work will contribute to our knowledge of how PTH exerts its effects on skeletal function through the pathway we’ve identified,” said Partridge. “Our long-term goal is to delineate the signaling and transcriptional regulatory mechanisms conveying PTH action in bone.